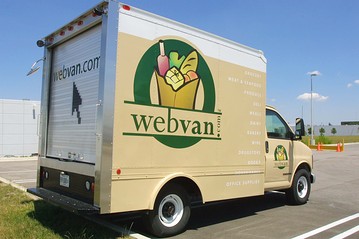 
Posted by Matthew Adamson at 10:00 AM No comments:


Posted by Matthew Adamson at 8:48 AM No comments:

A genetic algorithm is an algorithm based on biological theory of natural selection.  Genetic algos are meta-heuristics, or "good enough" solutions for optimizing a process.  A program using genetic algorithms starts off with a 'population' of algorithms, with randomly valued characteristics.  The algorithms with the least desired behavior are discarded.  The rest of the algorithms are 'bred' in which two algos combine their behavior, with a chance of random mutation.  This process repeats over and over in which the worst performers are discarded and the best performers carry on their 'genes' to the next generation.

To illustrate this behavior, I coded a very basic genetic algorithm to optimize playing the infamous Flappy Bird game.  In this simulation, each bird has two genes: one gene determines how often the bird jumps when the pipe is in front of the bird, and another gene for how often the bird should jump when the pipe is above or below the bird.  For cosmetic purposes, each initial bird starts off with a random color.  Newly born birds have a mixed color between their parents.


For the first seconds in the video, the initial birds have a wide variety of genes.  Some of the birds instantly dive into the ground or fly off the screen.  Since crashing before the pipes even appear on screen is an unfavorable trait, these birds are not given the chance to reproduce.  Since the population shrinks every time birds crash, a random surviving bird will mate with another bird and produce an offspring with traits similar to its parents.

When the first pipe comes on screen, about two thirds of the birds fail to fly through the gap.  The survivors then instantly reproduce.  You can see the bird genes are evolving because after the tenth pipe, almost no birds collide into the obstacles.  You may also notice that unlike the brightly colored birds at the beginning of the simulation, the current generation of birds are all the same dull yellow color due to an evolutionary bottleneck (the obstacles).

Many genetic algorithms rely on neural networks for calculation.  Neural nets involve complex functions that have multiple inputs (the environment) and multiple outputs (how the individual should act).  This Flappy simulator did not use a neural net since there were only two inputs and 1 output.  Because the inputs and outputs were linearly related, their movement could be calculated using linear regression.

The purpose of this simulator is to show a very basic demonstration of what a genetic algorithm can do with just a couple hours of programming.

Posted by Matthew Adamson at 12:32 PM No comments:

Downloading the software to program iOS apps requires two components: Xcode, and the iOS SDK.
Xcode is a development environment for making apps, similar to the AI2 interface.
The iOS SDK is a software program that lets developers run iOS apps on physical phones and upload apps to the app store (for a $99 annual fee).

Next, create an account at iTunes Connect. When prompted to enter your credit card information for purchasing the iOS SDK, make sure to use a card in your name, and not a parent or relative.  If you use a parent's credit card for purchase, your info will not match the card holder's, and your purchase will be delayed for up to a few weeks.  (I found this out the hard way)
Posted by Matthew Adamson at 11:14 AM No comments: